Evolution certainly is a spectacular yet complex part of our world. There are animals on this planet that we as humans can strongly relate to because of their characteristics. When we think about our star sign, there is usually an animal that is connected. For example, Aries has the ram, Cancer has the crab and Pisces has the fish. But what if there was an animal we relate to on more than just an astrological basis?

Athletes, for example, can relate to cheetahs and other jungle cat creatures due to their speed and hunger for domination. Politicians can relate to vultures because…well, they just can. As for us writers? We like to think we are closely linked towards a particular avian creature – the raven. 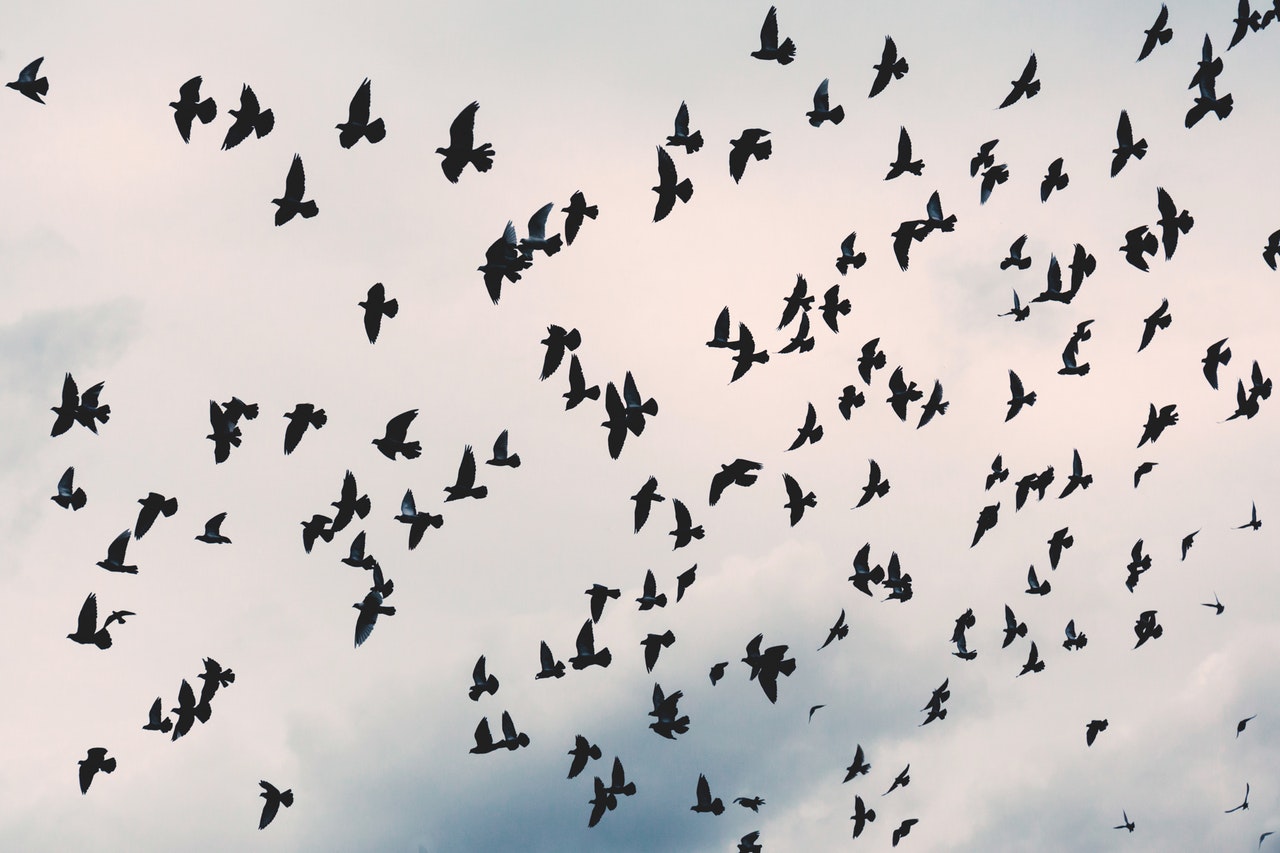 If you’re into your birdwatching and want to know the prime location in the UK to spot a raven, you can find them in the South-West of England, Wales, the Pennines and much of Scotland. The raven, or the Corvus Corax to give its scientific name, is a member of the crow family and is also the largest member. There isn’t really a down-time to view a raven in the UK as they can be spotted all year round.

The beauty of ravens is that they are known worldwide and in some countries hold a God-like image. In places such as Siberia and Northeast Asia, there is a strong spiritual connection between the natives and ravens, leading to extreme methods in order to conserve the population of the bird.

Much like the raven, writers are all over the planet, specialising in a wide array of fields and topics, so this is one characteristic that we hold quite closely to our black-winged buddy.

If we’re going to make a statement as bizarre as ‘writers are like ravens’ then it helps to have some form of literary back up. So this is a great opportunity to bring in one of the most iconic writers to ever exist, William Shakespeare. In his plays, the inclusion of a raven was meant to depict the idea that they are messenger birds, or even a presence of evil. The evil connotation is prevalent in Macbeth and Othello especially.

Edgar Allen Poe, an extremely talented poet, dedicated a poem that was titled The Raven to describe his lost love and despair, which again holds a negative connotation towards the bird in question. Now, not all writers hold a negative outlook on life, obviously, but using Shakespeare and Allen Poe is just a way of creating a literary connection between writers and ravens. Clever, don’t you think?

A Bird of Many Emotions

Ravens have an innate ability to express an array of emotions including rage, happiness and surprise. Writers can have a moment of rage during writer’s block, happiness when they finish a piece they are particularly proud of and can be surprised at their own writing ability. That’s not the only connection when it comes to emotions, though.

With the variety of emotions that a raven can mimic, they can portray and express a variety of messages and conversation between their bird companions. Writers have a profound ability to change their tone to deliver certain messages and information, so the appropriate level of emotion is used. This ability alone is a key reason why all writers are like ravens. Does the idea seem less bizarre? If not, allow us to continue! 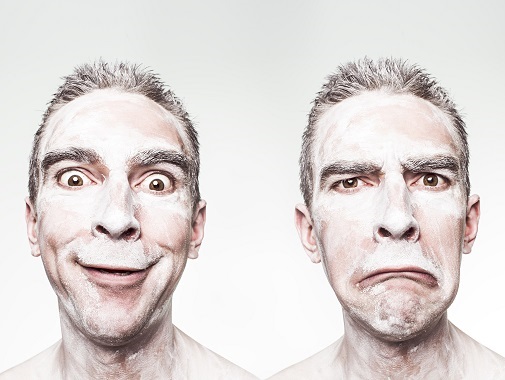 Not to blow our own trumpets here, but the ability to write in several different ways and still manage to put the correct words down takes an extraordinary level of intelligence and experience. That’s why writers are arguably one of the most intelligent forms of human life. What can’t be argued is the level of intelligence a raven possesses. Allow us to explain.

To use a case study to back our claims up, there was an experiment to determine the level of intelligence in birds. They had to reach for a piece of meat which was dangling from a series of strings which were bound to perches. In order to pass the test and feast on the delicious meat, they had to follow a series of actions, including stretching, holding and climbing loops. After 30 attempts, the crows did not succeed at this task. However, the ravens could perform these complex actions straight away, despite not being introduced to environments where string or dangling meat is present before. Amazing!

Due to this level of intelligence, they also use the assistance of other animals to complete tasks for them. For example, if they encounter a large corpse where their beaks are not strong enough to feast upon it, they call upon larger animals such as wolves and foxes using their unique calls. Once they have done this, they keep a safe distance away so as not to attract attention to themselves but also close enough so they can eat what remains of the corpse.

See? Intelligence between ravens and writers isn’t so distant now is it?

One is the Loneliest Number

Or not, in this case. Some humans, writers especially, get used to the idea of their own company and grow to like it. The image of just sitting at a table with a laptop and typing away is serenity to us writers! Ravens have the same outlook – they don’t necessarily mind being on their own. Is it to do with the fear of undermining less intelligent animals? We’ll never know.

When ravens are young, they roost together as a family but once they mature and can fend for themselves, they tend to forage alone. You can see the pattern we’re about to follow, can’t you? Before we became writers, we grew up with our family around us and once we were old enough and mature enough, we flocked the nest to fend for ourselves. The similarity is simply uncanny. 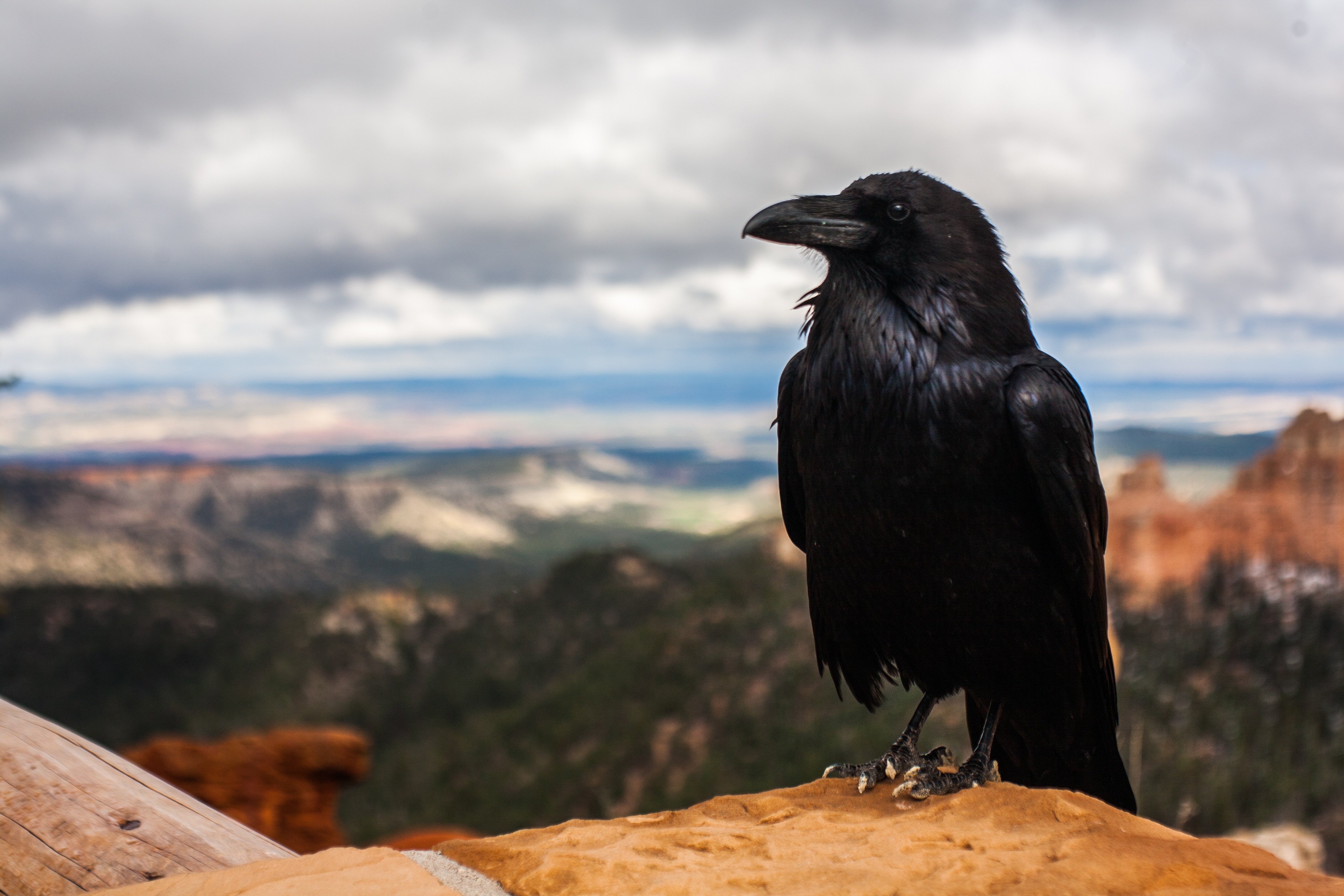 Ever looked at somebody and thought they stood out like a sore thumb? You were probably looking at a writer. Because of the nature of our profession and the variety of topics we cover, we can’t help but come across a bit peculiar. If you wrote about the sort of things we have, you would understand!

There is one thing that ravens do that can only be described as weird, but it is fascinating animal knowledge. ‘Anting’ is a process where ravens roll around on anthills to attract the insects to swarm over them. They also fulfil their anting desires by chewing up the ants and rubbing the guts over their feathers. There has been discussion about why ravens perform this bizarre act, ranging from health benefits to simple addiction. Either way, ravens have their quirks just like writers do!

So there you have it, all writers are like ravens. Time flies when you learn something new about the world, doesn’t it? Maybe there’s an animal everybody can relate to on some level, but for now, we’ll just retreat back to our nest to write the next piece of literary gold.