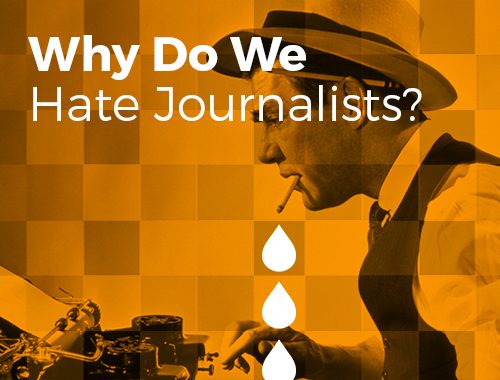 Why Do We Hate Journalists? 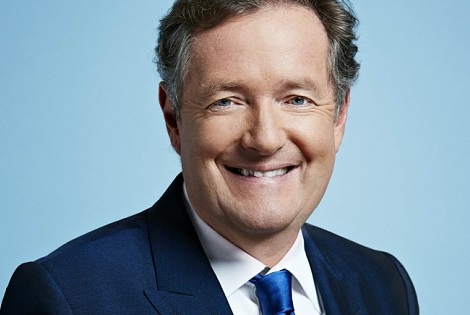 In general though, the UK population has a collective distain towards our national press and the content it provides. Local journalists are exempt from this argument – we’re just after the big boys here. They haven’t always painted themselves in glory throughout history, have they? From phone hacking and fake news reports to the tragic Hillsborough disaster; they don’t always get it right.

That doesn’t mean we hate all journalists. It is bad journalism that is the problem. There is a huge difference.

The Art of Journalism

The art itself will always please some people and appease the rest. The artists behind it are all decent, hard-working and professional individuals. Your negative opinion of them is generated by the times they get it wrong. It appears we have reached a stage where we no longer appreciate when they get it right. The press has been in somewhat of a bad state for some time one could argue.

Still, we can liken this situation to the recent turmoil experienced by the governing body of our national game. FIFA has also experienced some level of scandal over the last few years. Not every footballer is at fault though. In fact, hardly any are at fault at all. The problem is upstairs, at the very top. Think about that. To say you are not fond of journalists is like saying you dislike painters, simply because art isn’t your thing.

Bad journalism and misleading content can be offensive and time wasting. But it is not always caused by poorly-skilled reporters. Journalism is a vital part of society and all reporters, good or bad, perform a trade that is invaluable to humanity.

The internet, as glorious as it is, muddies the waters somewhat. The web is currently making a mockery of journalism and seriously damaging its credibility. Again, not all of it. But the recent growth in popularity of fake news and the broadcasting around it is taking over the profession’s image. Newspapers have printed false accounts and illegitimate stories for centuries. But we all know that. Still to this day, we read our national and local newspapers with a degree of scepticism and questioning. The same with television broadcasts. How often do you find your grandparent’s arguing with a newspaper? Or shouting at the 6 o’clock news? It can’t just be my grandad, surely?

This epidemic of fake news, glorified in the US presidential election campaign, is complete and absolute hogwash. Yet, the scary thing is, a lot of us believe what we see. Are we extremely gullible when surfing online or is this fake news cunningly convincing? Perhaps, somewhere in between?

People are literally lapping it up. Think back to the Brexit campaign. Brainwash after brainwash released online, altering the mindset and decisions of thousands across the UK. The British public were not in a position to make such an instrumental decision, considering the level of nonsense journalism we were receiving from all angles. A lot of decisions were based on lies and ludicrous information. A lot of that information was manifested online.

There is Money in Lies

Fake news and click bait material won’t stop soon either. There is way too much money involved for starters. Fake news stories online are covered with advertisements and sponsored content. Website owners receive a share of the revenue provided on each sponsor. What’s the best way to make sure you land on a fake news page and generate this potential revenue? By selling you a sensational headline, such as:

Now be honest, you would click at least one of those story headlines. So would we! Without a doubt. The temptation is too much. The outrageous storylines are getting even more convincing by the day. The particularly common approach is to report the death of an aging rock star or showbiz celebrity. The amount of times you read that Bruce Forsyth is dead is unreal. The technique of these fake news spreaders will just improve too. It’s even possible now to generate CGI within live news footage!

This technology enables someone to superimpose their lips and mouth movements onto live video footage of another person. The video footage will play as normal but the mouth movements are controlled by somebody else. You can make the person on the video say whatever you want them to say, if you’re a good impersonator. It’s difficult to explain, so look at the link for more information.

How to Avoid Fake News

There are several sources online advising you on how to avoid fake news. The best advice we can give you is to make sure you cross check your sources. If it is a particularly big piece of news, then you would expect to find it on a credible news site. If you are on alternative site from the mainstream, make sure to take a closer look for full site details. Is it really credible? Remember that the website itself should always matter more than the reporter. Advertisements are also a big giveaway too. Does the content of the advert match the content of the story or news site?

There are many trustworthy and reliable news sites out there. Do not let fake news tarnish their reputations! If you are looking to spread some good, honest and decent news – check out our Press Release page. We can help you create nothing but factual and informative information in a professional press release format. No nonsense or fakery!

This piece was created by Riley - our lifestyle, design and email marketing expert! Riley has great experience in web content, product descriptions and social media marketing.