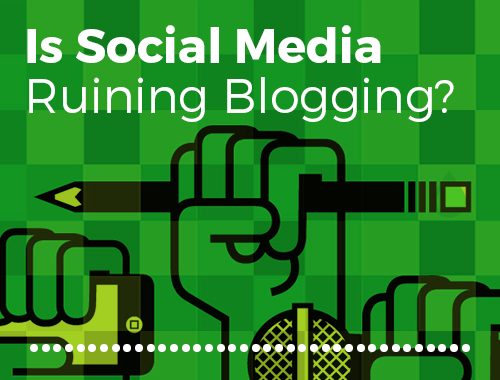 Is social media running blogging? It is a slightly slanderous title and an extreme accusation to make; but with merit. Technically, blogging is of course a form (if not the very first form) of social media. Telling stories online was the basis for the whole social media boom and blogging was at the very forefront of that. But now it is 2017 – is the current state of social media killing off what initially started it?

Blogging Back in the Day

Let’s start off with a little reminiscence – the good old days of digital. Before Tom Anderson and Mark Zuckerberg changed our way of life forever. Back in the 90s, the popular social sites of today were very much still unknown. People communicated online via newsgroups, forums and bulletin boards. Threads were packed with subject-specific material, which then instigated more personal and private accounts.

What we now know as the modern blog structure came about from the evolution of these online diaries. Yes, we were all still relatively tech-shy and new to the whole digital game back then. But blogging was full of wonder and amazement. Remember the first buzz you experienced knowing that someone, thousands of miles away, could be reading your words online? Nowadays, if it’s not shared, it’s uninteresting. And herein lies the issue…

As we reached the millennium it was becoming more and more popular to see a computer within the home. Internet usage was rising and blogging became ever more popular. It was even quite cool at one point to have a blog – like a yuppie type cool. People took a lot more pride in their personal blogging efforts then.

There was no such thing as a gym selfie and people didn’t share pictures of food. Not everything had an acronym and hashtags meant nothing to anybody. Blogging was much purer and much more about telling an interesting story. They were just like diaries, with creativity and imagination. You didn’t just share a paused-shot from a famous movie with two bits of white text top and bottom. Yeah sure, memes can be hilarious, for about 30 seconds.

Remember Live Journal and Open Diary? The former is of course still going, but it was once one of the very first stalwarts in the blogging game. Blogger – another great example of a blog sharing site that was one of the best and still is. Can you believe that it is 18 years old this year? Back then, blogs were not posted for popularity or monetary reward. They were genuine accounts of people’s lives and hobbies that they, for the most part, genuinely wanted to share. We were not as self-indulgent online as we are now.

SEO Takes a Punch at Blogging

Go forward 5-10 years and blogs start to lose some of that genuine and sincere approach. Nowadays, blogs are money generators, advertorial pieces and pawns in the digital chess-like game we call SEO. Blogs have moved away from being personal diary accounts to becoming part of a marketer’s arsenal. Millions of blogs are now published every single day across the world – mostly for commercial/marketing/sales reasons. It is very rare to find a blog writer these days, genuinely releasing content simply for reading purposes.

I am not being hypocritical here either. I am enjoying expressing my opinion and instigating a trail of thought in this article. I love writing and I have a fondness (shall we say) for the digital marketing industry. But, I happen to be writing this on my own personal website as a matter of necessity. In doing so, I hope to boost traffic to my site and instigate some business relationships. I am not writing here as a hobby. My hobby is writing novels and scripts. This is being written primarily for business reasons.

That is fine to admit though. It doesn’t mean I have not put any effort into my argument or that the blog is lacking in quality (if I do say so myself). The world of SEO may have affected the authenticity and naturalness of many blogs these days – but not them all. There are many high quality and imaginative storytellers that can sell blogs for commercial purposes, but still tell a valuable story at the same time. SEO took a punch at blogging, but it also made good use of it.

The moment social media took over the internet, blogging obtained another challenger to face. Now it seems that the focus is not to entertain, but to be the entertainer. The focus is not to provide something of real value, but to appear valuable. The aim is to self-promote instead of educate. What was once dubbed the information highway has now become an online popularity contest.

And the final blow? This sort of stuff… 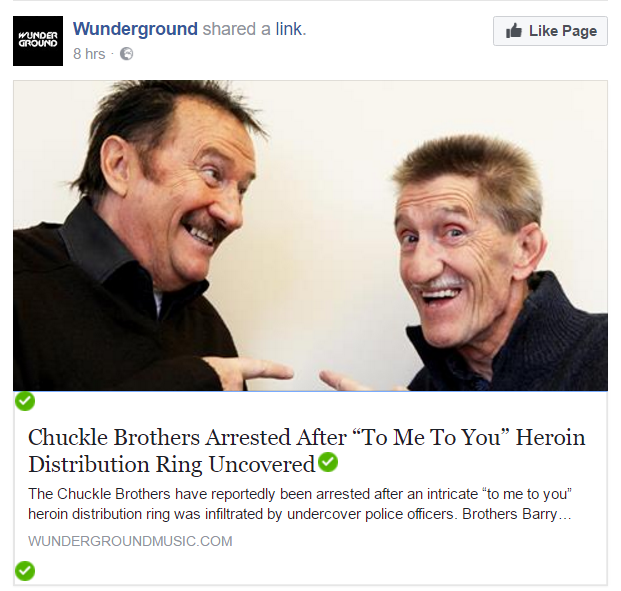 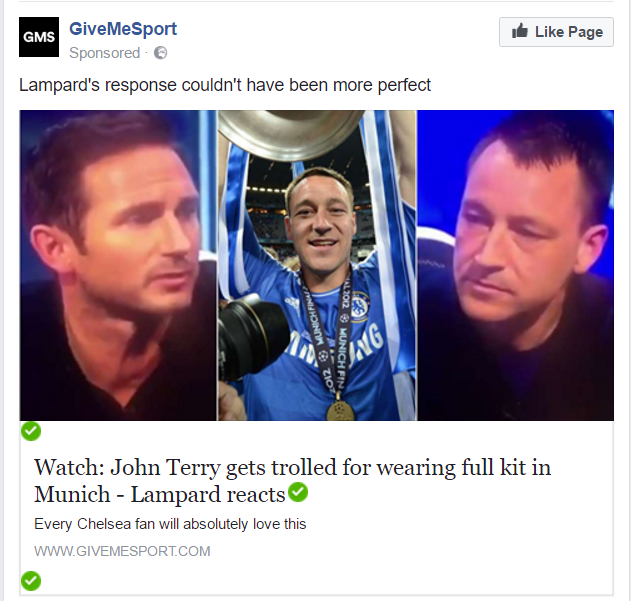 Quite a LOT is being said lately about clickbait material online and in the mainstream news. This stuff, in my opinion, is just about everything that is wrong with the internet these days. It is all just tripe. Utter tripe. If you are of the younger generation, your first introduction to a blog could have been ‘The Five Best Outfits for Kim Kardashian’s Backside’. This is not blogging! It is nonsense.

What is causing such widespread sharing of such awful information? Social media. The easiness and quickness of social media matches this style of quick, false and fluffy content. This clickbait nonsense has the sole purpose of achieving traffic, advertisement revenue and profit. The internet has always been about making money; but it also had genuine contributors who just wanted to tell a story. These days, the internet is ALL about money. The quality of content and storytelling has taken another hit because of that fact.

So first it was search engine optimisation, then social media and now clickbait/fake news. The art of blog writing has taken some blows over the last two decades but it certainly isn’t dead. Social media may be ruining blogging to an extent, as there seems to be more tripe than sense these days. But it will not kill it completely.

Imaginative storytellers are still at large online and there are thousands of decent bloggers still contributing to the internet today. Just take a look here!