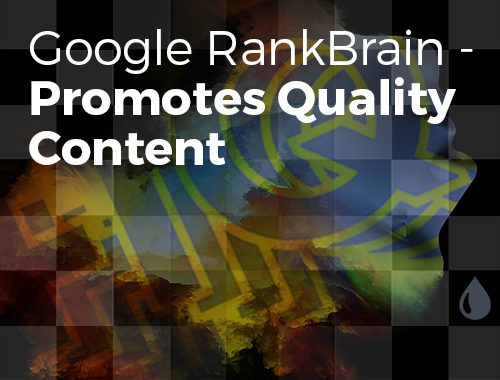 The year 2015. The year that SEO land changed forever. Again. That was the year that we digitalites witnessed the creation of a brand-new law. A law that would change our world forever, causing panic and confusion with death and destruction. Okay, maybe that’s a little bit too dramatic but the release of Google RankBrain was a monumental occasion nonetheless (if you’re a bit of a geek like me).

Yes, RankBrain is the new law or more aptly put, the new algorithm release, that has the SEO world talking again. Of course, when we say ‘release’ we use the term very loosely as Google hasn’t officially released anything close to an explanation on the subject yet (at the time of writing). What they have told us is that RankBrain now lies in third position in the list of the most important ranking factors. But what exactly is it?

RankBrain is a pet name used for a form of machine-learning artificial intelligence. The system is used to help process search results online. As mentioned above, Google has said or done very little to explain the fine details of the system or process, but they have confirmed a story on the subject reported by Bloomberg.
The technology is utilised for rare or one-of-a-kind search queries. This is so that the engine can provide less obscure and more relevant results. The primary focus is to help refine the queries that Google processes but it will also help rank web pages online too. From what we understand so far, the technology is capable of teaching itself and developing its own understanding of search queries – just like artificial intelligence. 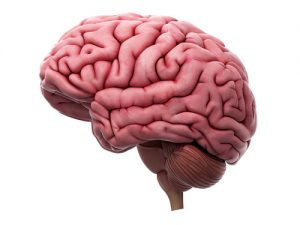 How Does it Work?

Now this is the insane part – and possibly slightly boring for those who aren’t tech savvy. Some clever boffins somewhere at Google HQ have thrown an unimaginable amount of written language into one big pot and then split them into countless mathematical vectors. RankBrain uses these vectors to look for similar words and phrases when a user inputs an unfamiliar search term into Google. From this information it is then able to hazard a guess as to what you are looking for.

What goes on inside, before, after or around the vectors we have no clue. Our guess is Google aren’t likely to tell anyone. The aim with this is to filter results over time with different searches. Results will become suitably ranked depending on how many times a piece of web content becomes a positive result for unfamiliar terms. The aim is to make Google a lot more efficient in answering search queries it has never seen before. So basically, it’s like a game of word association – only a really complicated and expensive one!

Part of the Algorithm Gang

RankBrain forms a part of the overall Hummingbird algorithm. It does not override it or overrule it, RankBrain simple works beside it. This is just the latest addition to the rest of the gang, along with Panda, Penguin, Pirate and Pigeon. Albeit, the name isn’t as pretty but it still forms part of the team nonetheless. I think it is fair to say that on initial release, this update did not have as much of an effect on the digital marketing world as its predecessors.

For example, the release of the Penguin and Panda updates had a huge effect on how we produce and share our content. This had a direct effect on marketers and on how websites should be built. Whereas RankBrain is a tool that is designed primarily to help Google display the most appropriate results for uncertain terms. It is a tool made more for Google than it is for us, despite having some influence on search engine rankings.

The invention of Google RankBrain essentially proves that computers can be trained to read; this is the simplest way of thinking about it as ridiculous as it sounds. Google is teaching itself to understand language and associated phrases much better than before. If Google is learning to read, then our need to feed it information diminishes. For instance, in the past we have placed importance on various human-input factors, such as our H1 tags, Alt text and Meta Data.

As exciting and scary as it is, for a content writer it is also extremely reassuring. See, this update now places even more priority on the quality of content than ever before. The Panda and Penguin first started the trend, now RankBrain will ensure it is being followed. There will be no way to ‘con’ Google anymore with indicators and Meta data – Google is now learning to read your whole website from top to bottom. Sure, you might have included some keywords here and there; maybe you have also labelled your images with optimised alt text. But what about the rest of your on-screen content? Is it up to scratch now Google is reading?

This news further confirms that content is king and country. If you are releasing decent, factual pieces of information relevant to whatever it is that you do, you will rank highly for sure. There are, of course, other factors of your digital marketing strategy that will help towards your rankings. But the quality of content will always be the highest priority. An entire article or piece of content now becomes completely valuable, rather than just the bits you believe Google crawls. The search engine now thinks for itself. Google is reading – what story will you tell?