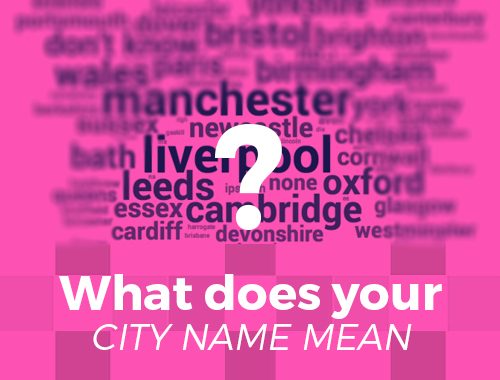 What Does Your City Name Mean?

It is difficult to pin point the exact moment in history when the first city came to be. The city of Jericho came to be from evolving settlements as far back as 9,000BC and is widely recognised as the world’s oldest known settlement. As humans discarded the hunter gatherer lifestyle to a preferred agricultural society, farms, permanent buildings and fortitudes were built. Earth located near rivers provided the most fertile soil and humans learnt to live, in somewhat, mutual harmony to share the produce and defend themselves.

The ability to remain in one place for an extended period of time created the perfect environment for populations to grow and flourish. Small village-like communities became settlements that evolved over centuries to become cities, which now house half of the world’s current population. Globally, a city can be defined as a large settlement in an urban territory which serves many functions to a large population. The special city status, is usually granted by a central government or power. Cities have more infrastructure than rural areas and a denser population. 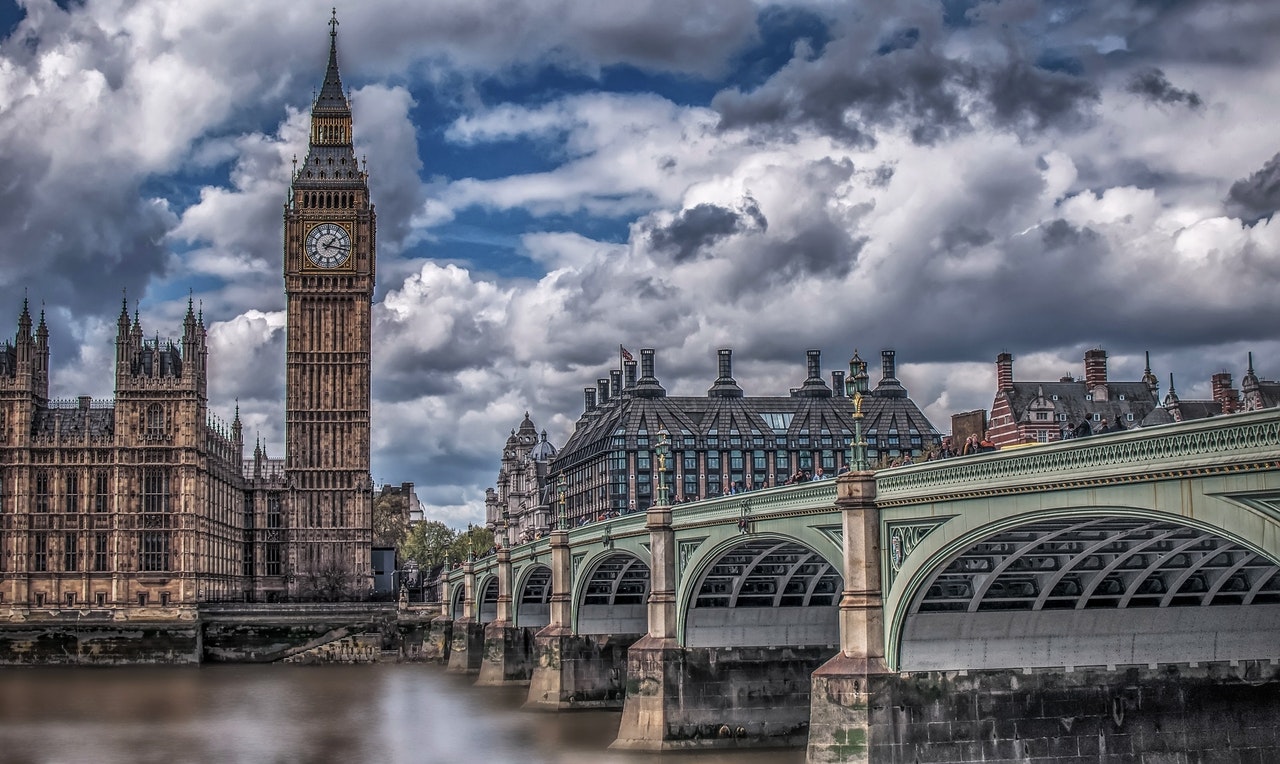 A city in the UK is a status which has been granted to a collection of border sharing communities, by the monarch in power. Britain is a diverse union, with 69 cities, each with their own individual character and charm. The etymology of many city names is uncertain but historians use landmarks, people and events to determine how city names may have come to be. Architecture, access to green land, business, merchants, public art, transport options and points of interest; these all vary greatly across the country. The people who inhabit the UK are equally as diverse. London, is the most diverse city on the planet and British people have many different dialects and roles in society.

Today, London means equality, diversity and a cosmopolitan lifestyle. It is world leading in its facilities and various industries such as fashion, music and sport, and is one of the financial capitals of the world. Established by the Roman empire in the first century, the modern name is derived from the old Roman settlement name of Londinium. Historians indicate the name Londinium could have originated as a tribute to King Lud, who ruled the area prior to the Roman conquest. Many other theories do exist however as to how the name Londinium gained prominence. Historians trace the change of name to London to the Anglo-Saxon era, beginning in the 7th century.

The most obvious place to start is Manchester, seen as Content Juice is a Manchester based company! We’ve called it sunny Manchester here, but of course that’s a little tongue in cheek as it rains here almost on a daily basis! If you were to ask the Oxford University Press, they would tell you that the name Manchester derives from the Roman name – Mamucium.

Mamucium is a Latinised form of the Celtic term ‘breast-shaped hill’. It is believed that this directly refers to the large sandstone bluff on which the Mamucium fort once stood. Others would lead you to believe it is because Manchester is full of tits. They are only jealous!

Some cities names aren’t as difficult to trace. Newcastle upon Tyne is exactly what it says on the tin! Home to the Geordies, this city is draped in history, dating back more than 2,000 years when the Romans built the first bridge to cross the River Tyne. The Roman name for the location was Pons Aelius, which was changed to Monkchester by Anglo-Saxon settlers before finally becoming Newcastle, after England was taken under Norman rule.

William the Conqueror’s son Robert built a wooden fort in 1080, which was replaced by a new fortitude made of stone around a century later. Hence the name, Newcastle. Newcastle was finally granted city status in 1882. Modern day Newcastle is arguably one of the most entertaining cities in the country with theatres, sport stadiums and nightclubs and bars around every corner. 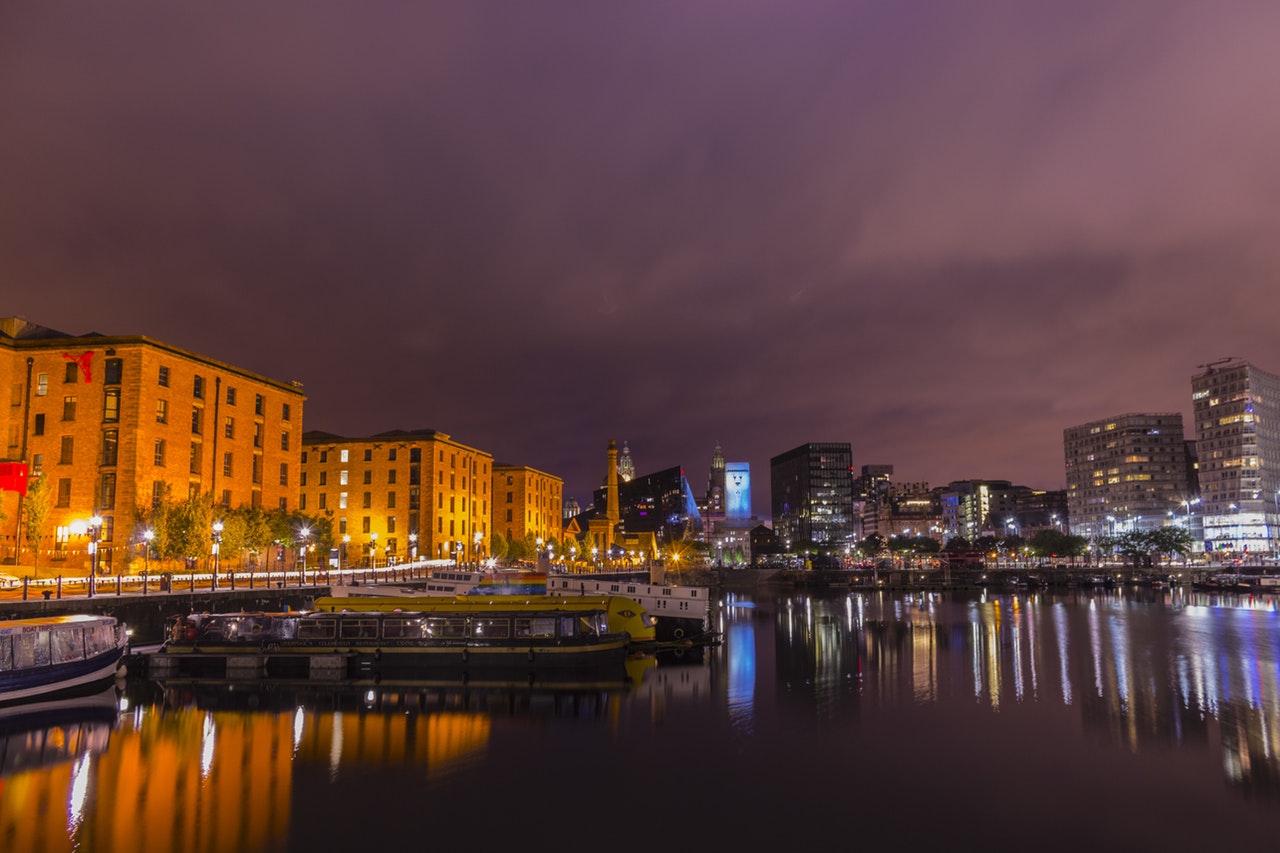 Similarly, a clue to Liverpool’s possible origin is hinted in the name. Although this is not as assured as Newcastle, in 1190 Liverpool was known as Liuerpul. The majority of historians believe the name Liuerpul can be traced to ‘a creek or pool containing muddy water’. The ‘pool’ element of the name can be attributed to inlets which once existed and flowed into the River Mersey. ‘Liver’ however is more debated, but theorists argue it could be a nod to liverwolt weeds, which slowed the water in the streams.

Although the spelling of the city’s name has been altered slightly over the years, it has not changed dramatically to what it is known today. If you’re planning a weekend break in the city which gave the world The Beatles, be sure to check out the Cavern Club. The club has a history spanning over 60 years, including being the venue which launched the careers of the most famous band in the world. 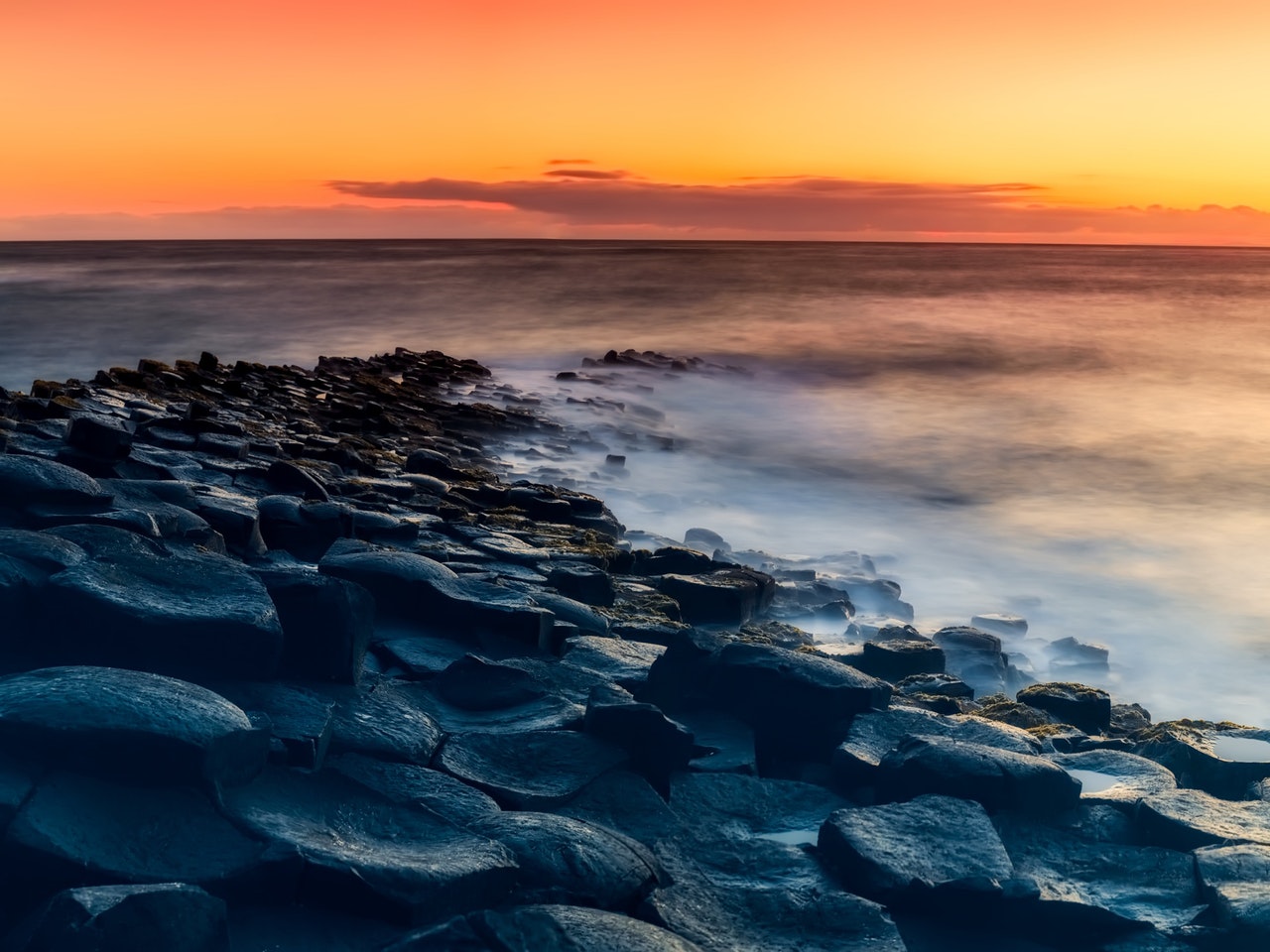 Home of the Titanic

The distinctive Scouse dialect can be traced to Irish settlers making Liverpool their home. Belfast’s history is a rather young one, dating back only to the 17th century. However, modern day Belfast is the capital and largest city in Northern Ireland and, like Liverpool, is named with flowing water in mind.

Béal Feirste, as it is translated in Irish, means ‘river mouth of the sandbanks’. Granted city status in 1888 by Queen Victoria, Belfast was once one of the world’s leading industrial cities. Sectarian violence, although still an issue, is no longer as prominent as it once was and the city is safe for tourists to visit. Visitors to Belfast can enjoy the natural beauty of the Giants Causeway, world class whiskey and be educated on the city’s fascinating history.

Likewise, the great city of Glasgow has seen its share of turbulent times. However, modern day Glasgow is a vibrant beacon of culture. The modern name is derived from the older Cumbric glas cau, which sounds very similar to its modern name. Historians believe Glasgow was founded around the 6th century, when St Mungo built the first church in the area. Sometime in the 11th century, the king granted the citizens of Glasgow a charter, which enabled them to certain rights.

The name means green basin, green place or green valley; recognising the River Clyde upon which the first early settlements were built. Glasgow is now the largest seaport in Britain and has one of the world’s most competitive football rivalries, in its two clubs Rangers and Celtic.

So there you have it. The origins of five great cities within the United Kingdom. If you call one of the cities home, or you’re visiting sometime soon, why not give this a share! If your city name isn’t on this list – let us know and tell us all about the history of your city name!